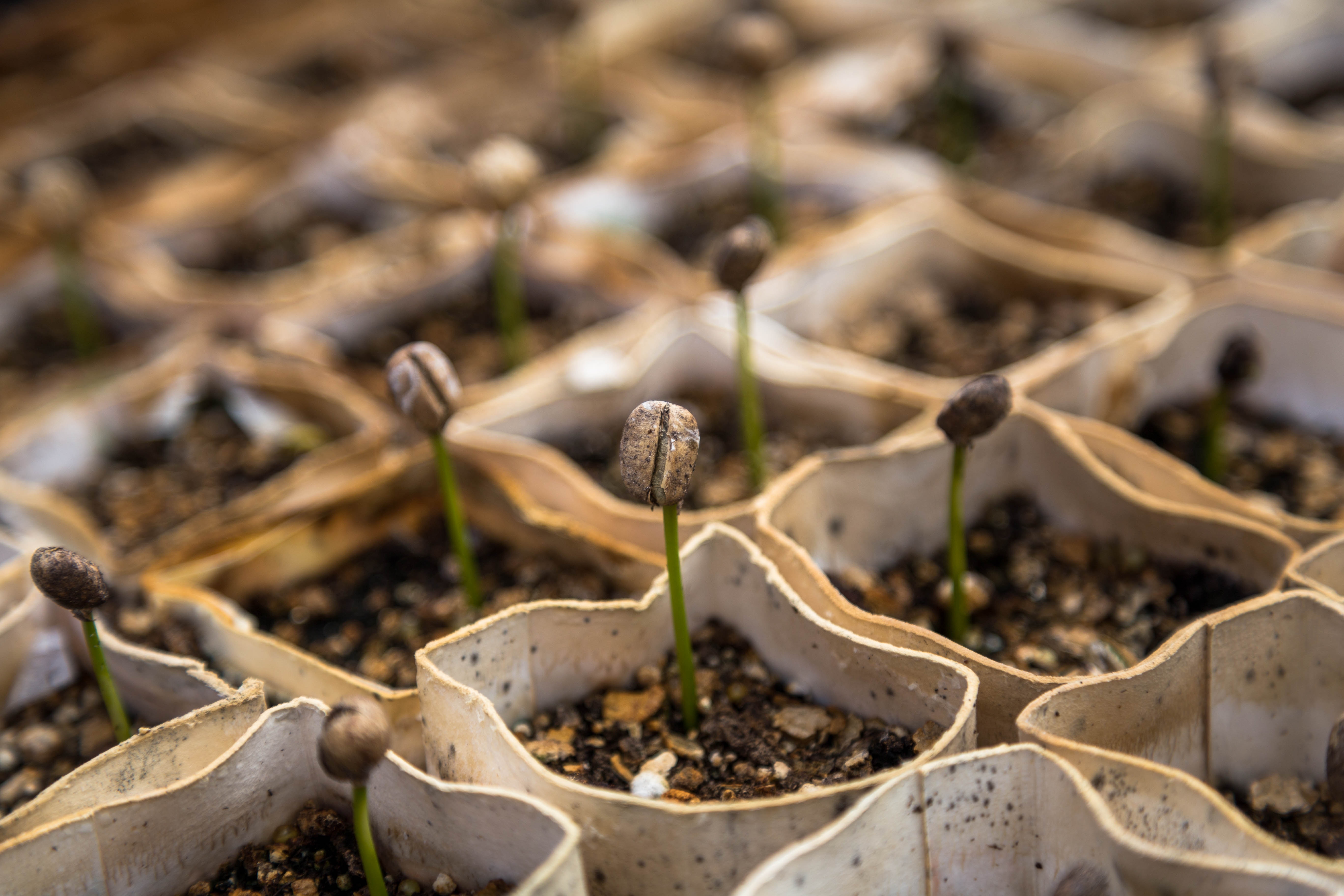 Much like other global commodities, the origin of coffee is a bit of a mystery. All coffee beans grown today can trace their roots back to Ethiopia, where the popular legend begins with a goat herder named Kaldi. One day, he found his goats joyful and full of energy after eating the berries of the coffee bush. He decided to try this fruit for himself and found that he became similarly energetic. Having watched from afar, a monk took some of the berries back to share with his monastery. Enthralled by its effects, the monks eventually discovered that by roasting, grinding, and brewing the beans in water, they could make a beverage out of it, which they used to keep the themselves awake during long hours of prayer. It didn’t take long for word to spread. Soon after, coffee houses began popping up in cities like Mecca and Medina, and Saudi Arabia acquired a monopoly on coffee production that lasted for centuries.

Despite a ban on the export of plant-bearing beans, a pilgrim named Baba Budan arrived from India in the 1600’s. He was able to smuggle them out of Saudi Arabia and into India, where the beans were cultivated and a new competitor emerged within the exclusive trade. In 1616, the Dutch, then occupiers of Sri Lanka, founded the first European coffee estate through allegedly stolen beans. More were founded in Ceylon and Java several decades later. The French planted trees in the Caribbean, the Portuguese in Brazil, and the Spanish in Central America. The first modern café was built in Venice, Italy, and many more followed – first across the mainland and then into France, where coffee became more popular than ever before.

Despite coffee reaching America sometime during the 1700’s, it didn’t became popular until much later, around the time of the Boston Tea Party, when tea was switched out for coffee in a move of solidarity against the British. By the 19th century, coffee was well known and well traded across the world, already steeped in hundreds of years of tradition. Around 1860, pre-roasted coffee began to be sold by the pound, first by the Arbuckle brothers and then by James Folger, of Folger’s Coffee fame. It became popular amongst the frontiersman of the West, who found both utility and comfort in the drink during harsh winters. It wasn’t until the 1960’s that awareness of coffee as more than just an energy drink began to spread, but it quickly became a movement that inspired the opening of the first Starbucks in 1971. Today, coffee is used as everything from a simple morning boost to an artisan trade, much like wine.

No matter how you like your coffee, whether taken black or topped with whip, you can’t help but admire the incredible history behind it. Who knows – tomorrow morning you might even take a moment to thank Kaldi and his goats while you’re waiting for your cup!